The history of the use of coal 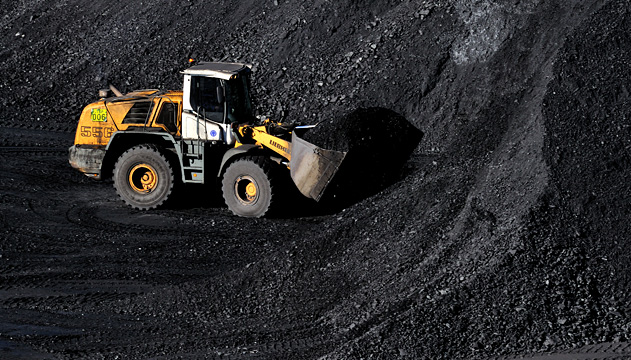 Throughout history, coal has been used as an energy source, primarily for the production of heat to warm our bodies and cook our food and is used for a number of industrial purposes such as refining metals. Since the 19th century, coal has been the largest source of energy used to generate electricity worldwide.

Coal has been used in South Africa since the Iron Age when charcoal was used to melt iron and copper. However, large-scale exploitation of coal only started in the mid-19th century. Coal has been key to the industrialisation of the South African economy in the past and will, for many years to come, continue to contribute to the country’s future growth.

The formation of coal

Coal is a fossil fuel and, as such, it is a non-renewable resource. Coal was formed in ecosystems during the Carboniferous Period millions of years ago. Made from prehistoric ferns, plants and trees that hardened due to intense pressure and heat, it consists primarily of carbon and is an excellent source of energy.

At various times during our planet’s history, the earth’s surface was covered with forests in low-lying wetland areas. Over the years and as a result of natural processes such as flooding, these forests became buried beneath layers of soil, becoming more and more compressed. At the same time the earth’s climate changed and temperatures rose. As the process continued, plant matter was protected from biodegradation and oxidation by mud and acidic water. Carbon was trapped in immense peat bogs that were covered and buried deeply underneath sediments.

Under these circumstances, dead vegetation was slowly converted to coal through a process called carbonisation.

Where coal comes from

Coal seams exist on every continent. In round figures there are some 890 billion tonnes of coal lying beneath the earth’s surface, enough to sustain current consumption levels for more than a century. The areas where the largest reserves are found include Europe (30% of the total), followed by North America (28%), East Asia (13%), South East Asia (12%) and South and Central Asia (11%). By comparison Africa’s resources, almost exclusively hosted by South Africa, are estimated at a comparatively minuscule 3.5%.

Coal mining’s advent in South Africa can best be traced to the start of gold mining in the late 19th century, particularly on the Witwatersrand, with the first coal in appreciable tonnages being extracted on the Highveld coal field close to the nascent Witwatersrand gold mines. However, demand began to grow, slowly at first, but then exponentially as the country entered a period of industrialisation during and following the second world war. This included a major programme of building power stations, particularly on the coal fields of Witbank and Delmas, as well as Sasol’s major coal-based synfuels and organic chemicals complex at Secunda. Essentially, South Africa was building an industrial future and technical skills base founded firmly on its principal fossil-fuel resource. Searches for other fossil fuels to date have not been successful, and the country’s fossil future remains firmly founded on coal.

For many years the coal sector remained in local private hands – largely those of the old mining houses. But, particularly during the oil crises of the 1970s, foreign oil companies vied for coal resources and established new collieries destined especially to serve export markets. Following the democratic election of 1994, ownership was transferred increasingly into the hands of historically disadvantaged South Africans, in many cases exceeding the 26% black-ownership level specified by the mining Charter for 2014.

Coal mining – instrumental to the future growth of South Africa

South Africa’s National Development Plan (NDP) envisages that “The proportion of people with access to the electricity grid should rise to at least 90 percent by 2030, with non-grid options available for the rest”.

Indeed, coal is and will continue to be essential in achieving the growth and development priorities outlined in the NDP, which include: